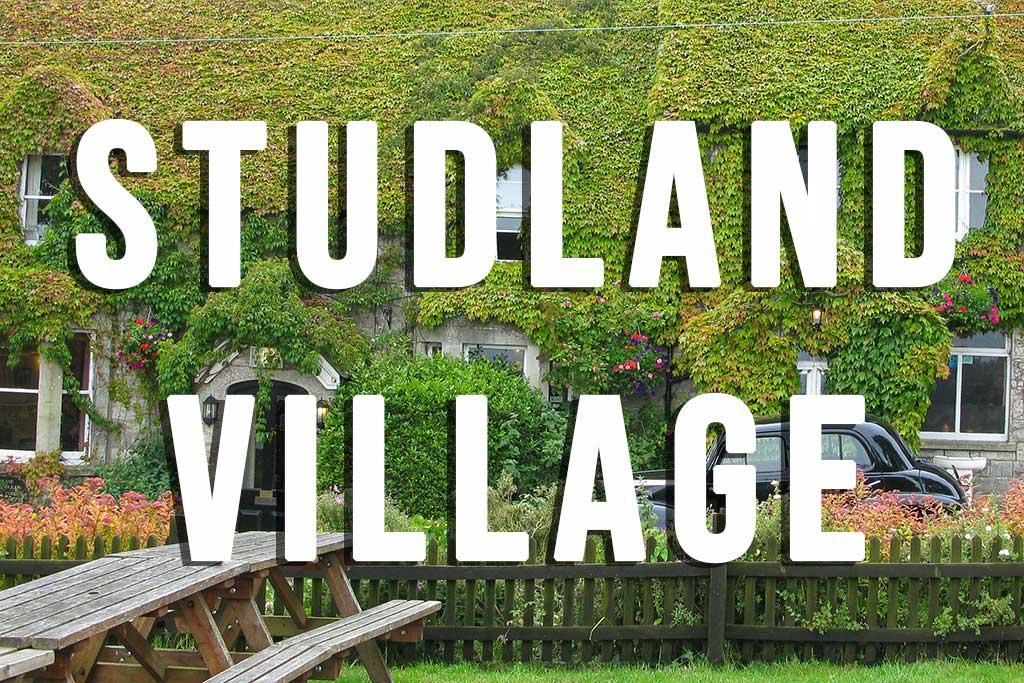 Studland is a sleepy Purbeck village famous for its unspoilt beaches, nature reserve and the starting point for some superb walks including to Old Harry Rocks and beyond. It is also home to the lovely Bankes Arms Inn, a traditional 16th century pub with a large beer garden overlooking the sea (one of the best beer gardens in Dorset). The surrounding country lanes are narrow so please drive carefully and park in the National Trust Car Park – details and parking charges are given towards the bottom of this page. During the peak summer season it may be easier to park at the much larger Knoll Beach car park and walk along the seafront to Middle Beach and then follow the path up to the village.

St. Nicholas’ Church is a beautifully preserved Norman church, easily one of the best in Dorset and looks pretty much the same as it did 1000 years ago. It was built on the site of an earlier Saxon building which was destroyed by the Vikings in the 9th century. It’s a living church with regular services and a popular venue for weddings. For more information and service times see https://studlandchurch.com

An interesting fact: St. Nicholas is generally known as the patron saint of children. His generous spirit has led the way for the popular tradition of the gift-giving Santa Claus and Christmas. Saint Nicholas was born into a wealthy family and orphaned young. He gave his inheritance to the poor and then dedicated his life to serving God. It is believed that he travelled by sea to the Holy Land to see where Jesus had lived and died. While sailing a strong storm caused the waters to become dangerous and the sailors were frightened. St. Nicholas prayed for the seas to calm which they did. It is due to this story that St. Nicholas is also considered a patron of sailors and those traveling by sea – the reason that the church in Studland is dedicated to him. There’s another church at Worth Matravers which is also dedicated to St. Nicholas.

For information about Studland’s beautiful beaches please see the relevant pages: South Beach, Middle Beach & Knoll Beach. The National Trust car park in the village is best suited to visitors to South Beach. To get to South Beach follow the road down past the Bankes Armes Inn to the bottom of the hill. You’ll see a gate on the left, it should be signposted, just follow the footpath down through the trees for about 150m to the beach. You’ll see Joe’s Cafe just at the entrance to the beach. There’s a separate car park for Middle Beach which is located only about 400m out of the village BH19 3AX (Google map). Knoll Beach is the largest of the beaches and has its own large car park and facilities including a cafe/restaurant, beach shops, toilets and watersports centre.

If you are planning on visiting Corfe Castle, Knoll Beach, Shell Bay, Brownsea Island or Kingston Lacy House which are all owned by the National Trust then it may be worth considering a National Trust Membership