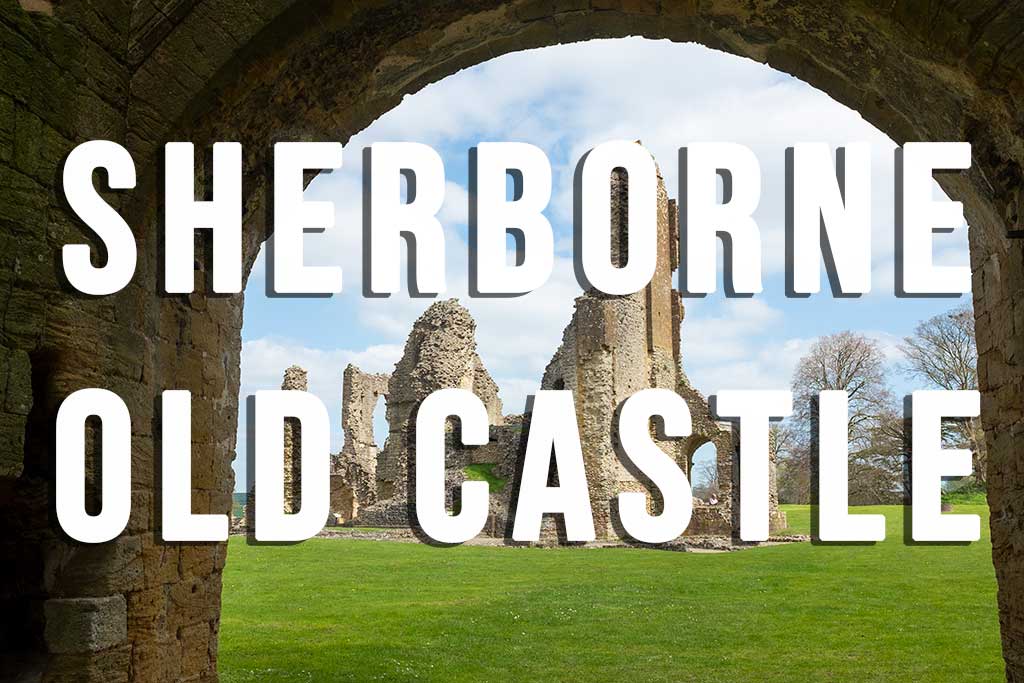 Sherborne Old Castle is a 12th-century ruin set in grounds next to New Sherborne Castle. The castle was built for Roger de Caen, Bishop of Salisbury and Chancellor of England, who after King Henry I was the most powerful person in England. It remained a retreat for the Bishops of Salisbury until the 16th century.

Entrance Fees for non-members is as follows:

In 1592 the castle was leased to Sir Walter Raleigh, explorer and adventurer, who was a favourite of Queen Elizabeth I (reined 1558-1603). The expense of refurbishing the old castle proved too great and Raleigh opted to built a new residence within the grounds a short distance away. The new 4-storey house, Sherborne Lodge (now known as “new” Sherborne Castle) was completed in 1594 where he lived until he was accused of treason and executed in 1618. His estates were forfeited to the Crown (James I who reined 1603 – 1625) before being sold to Sir John Digby in 1617.

During the English Civil War (1642-1651) the castle survived two sieges. However after the Parliamentarians (Roundheads) won the war against the Royalists (Cavaliers) the castle was laid to ruin to prevent further use and only the Southwest Gatehouse and parts of the castle, including the Great Tower and the North Range, now survive. Sherborne Old Castle wasn’t the only castle to be ordered to be destroyed by Parliament at the end of the Civil War. Corfe Castle was another example and blown up using gunpowder as well as many other castles throughout the country.

Just for your information the Parliamentarians had been led by Oliver Cromwell and the King at the time was Charles I who followed James I and reined from 1625 – 1649. Charles I was executed by Parliament and the monarchy was abolished and run as a republic under Oliver Crowell. The monarchy was finally restored to Charle’s son, Charles II, in 1660.