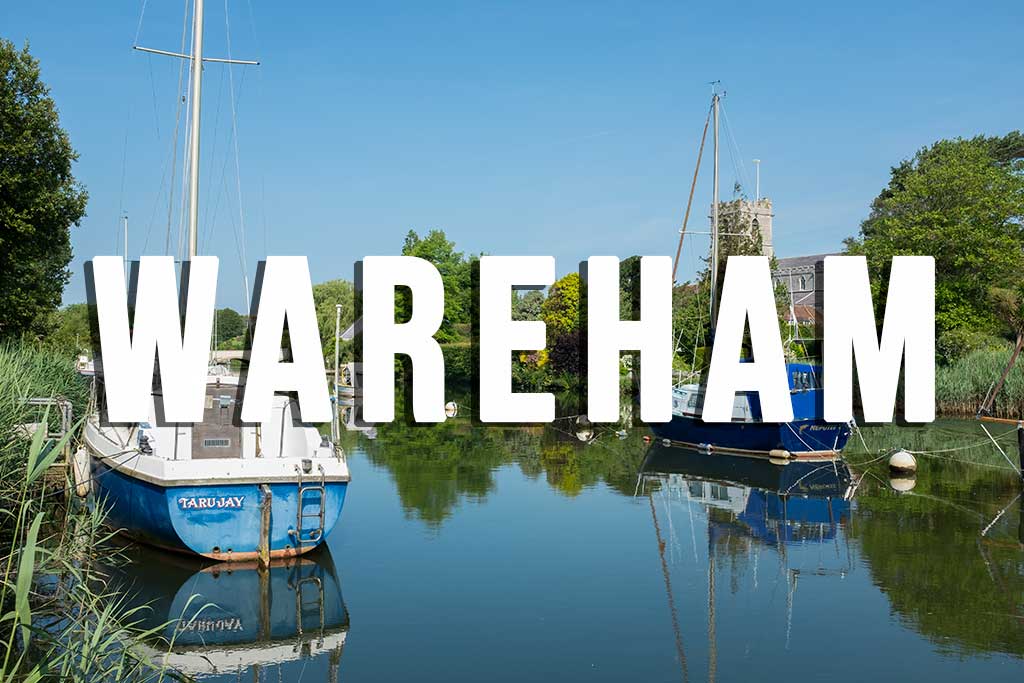 Wareham is a historic market town situated between the River Piddle and the River Frome 8 miles southwest of Poole. The town’s strategic setting has made it an important settlement throughout its long history. The current town was founded by the Saxons and the town’s oldest features are the town walls, ancient earth ramparts surrounding the town likely built by Alfred the Great in the 9th century to protect the town from the Vikings (Danes).

Up until the Middle Ages it was an important port but eventually the harbour began to silt up and Poole became the main port in this area.

One of the town’s highlights is the picturesque Wareham Quay. There is a convenient short stay car park here. Next to the Quay is The Old Granary, now a restaurant and bar. It has a nice little outdoor patio and decking with river views (highly recommended) but take insect repellent if sitting out on summer evenings. Overlooking the Quay, behind the Old Granary, is the medieval Priory Church of Lady St Mary.