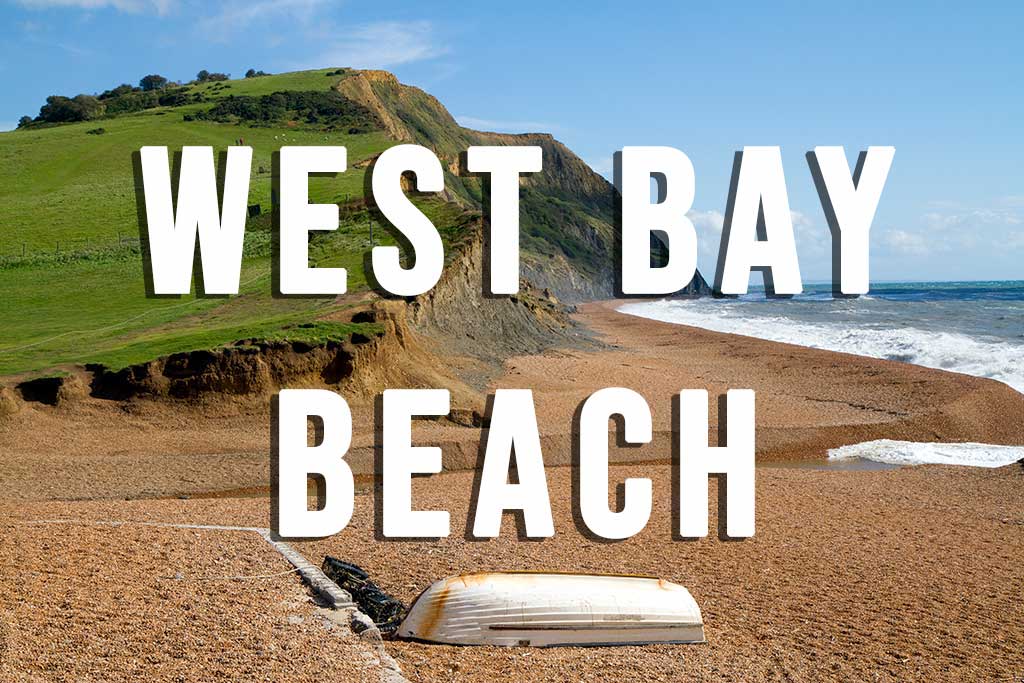 West Bay is also referred to as Bridport Harbour since it is situated only 1.5 miles south of Bridport. West Bay is sited at the mouth of the River Brit and is part of the Jurassic Coast, a World Heritage Site. It also lies within the Dorset Area of Outstanding Natural Beauty.

West Bay has two beaches, East Beach and West Beach. East Beach is the most attractive, backed by 50m high golden sandstone cliffs. East Beach is designated a Site of Special Scientific Interest and forms one end of Chesil Beach, a barrier beach which extends southeast for 18 miles toward the Isle of Portland near Weymouth.

Many people will recognise the iconic cliffs of East Beach from watching the ITV crime drama Broadchurch.

West Beach is smaller and quieter and more protected by the sea groynes making it safer and more suitable for families with young children.

Both beaches are patrolled by lifeguards during the summer months. Dogs are not allowed on the beach between May and September.

The most convenient place to park is at West Bay Road Car Park DT6 4GA (Google map). If you are carrying loads of beach gear then there is smaller car park right on the beach front but get there early as it fills up quickly East Beach Car Park DT6 4EW (Google map)