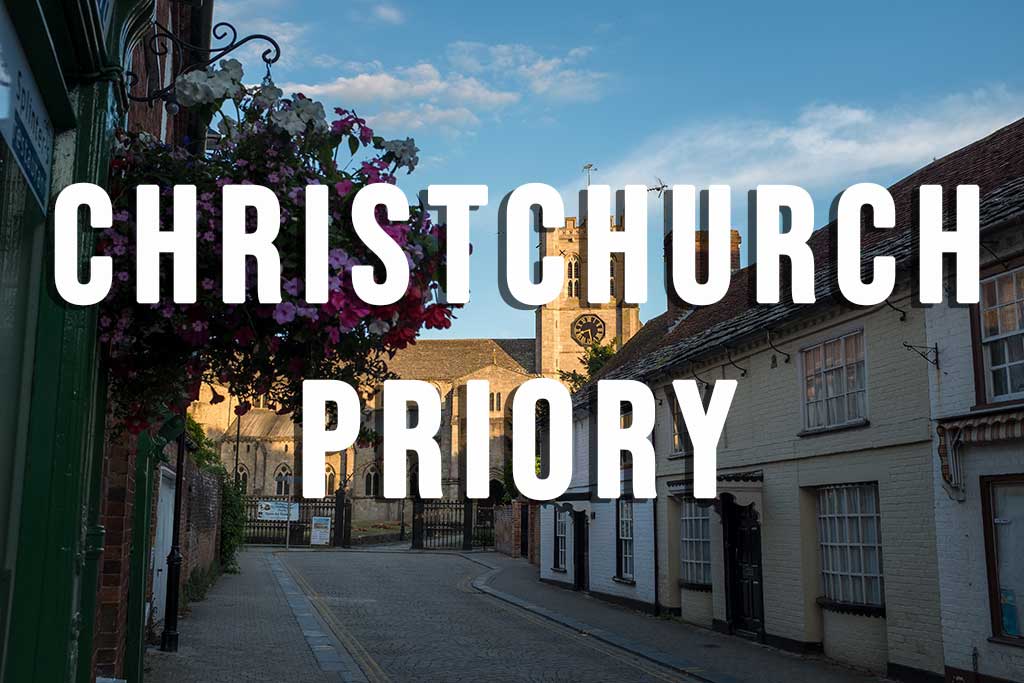 Christchurch Priory (Google map) is a magnificent mediaeval church set in the centre of the town of Christchurch. Construction of a Norman church started in 1094 on the site of an old Saxon Priory.

Work continued and by about 1150 it was a basic Norman cruciform church and probably a central tower. Further work continued and in the 13th century the nave aisles were vaulted. By 1350 the nave roof had been lifted and a spire may have been built. In the 15th century the Lady Chapel was completed and vaulted. A new tower was built in 1470. The old Norma choir (the area that provides seating for the clergy and the church choir) was rebuilt in the 16th century creating the Great Choir (or Quire) of today. The large Salisbury Chantry and the Draper Chantry were built in the ornate Tudor Renaissance style in 1529.

Further modifications have been made but the church looks much as it did at the time of the Dissolution of the Monasteries (1536-1541) when, under orders from Henry VIII, monasteries, priories, convents and friaries throughout England, Wales and Ireland were disbanded. Many monastic building were destroyed including abbeys at Abbotsbury and Shaftesbury. Orders were given for Christchurch Priory and its monastic buildings to be pulled down but, following a plea from the townspeople, Henry VIII relented and granted the church and churchyard to the inhabitants.

Sat Nav postcode BH23 1BU. This is a fairly small car park conveniently located between the Priory (church) and Christchurch quay with a capacity of 101 spaces (6 disabled). Car park charges are given below. The car park is open 24 hrs. Payment can be made using cash or using an online app (JustPark, RingGo or PayByPhone).

More information can be found on the https://www.bcpcouncil.gov.uk/Parking/ website